Here at Love is the Best Medicine, we always like to bring you news from the romance community. So when the ‘Six Hot Single Dads’ anthology, which includes stories from three of our Medical Romance Authors, hit the newspapers, we had to know more. And now we can bring you the inside scoop.

The trend for ‘Single Dad’ heroes was spotted by Mills and Boon earlier this year, and the six book anthology of Single Dad stories, with brand new covers, is available now in the UK from Mills and Book and Amazon.  It will be published in Australia in August, and is available for pre-order now at Amazon.  US readers can find the individual titles at Harlequin.

News coverage so far includes articles in the NY Post, The Daily Mail, The Telegraph and Glamour Magazine.

We caught up with the three medical romance authors featured in the anthology:-

“It has been such a thrill to read these positive articles about our “Single Dad” books. I really love creating my heroes and I find there’s something special about my single dads so it is such a pleasure to know readers enjoy these stories too. A word of warning though – don’t believe everything you read in the media

. In “Falling for the Single Dad” it is my heroine who is the army surgeon, not my hero although he is also a plastic surgeon. Abi suffers from PTSD and it is up to my hero, Damien, and his daughter, to help heal her.

My latest book, ‘A Mother to Make a Family‘ also features a single dad, Mitch, who is a cattle rancher and father of 3!”

“Writing Jack and Cass’s story was such a joy, and it’s wonderful to be included in this anthology.  One of the reasons I love Medical Romance is that it gives me the opportunity to write nurturing and caring heroes like these very special Single Dads.  Being ‘on-trend’ isn’t something I’m often accused of

but in this instance it’s a real thrill!

My latest book, ‘Saving Baby Amy‘ is the story of Chloe and Jon, who take on the responsibility of caring for Chloe’s baby niece, when her mother runs away.”

“When I wrote Hot-Shot Doc, Secret Dad, I never expected the story would be chosen for a “single Dad” anthology. It is actually a secret dad story, and one or more reviewers have mentioned it. However, I revealed the secret to the hero in the first chapter, and I loved how, after getting over the shock of having a pre-teen son, Trevor stepped up and expected Julie to fill him in on all the years he’d missed. Then he wisely went about getting to know his son step by step, only toward the end telling the boy who he was. My biggest kick out of being included in this wonderful group of writers is having my first ever “man-chest” book cover.

My latest book is ‘Miracle for the Neurosurgeon‘.”

And now for the covers… 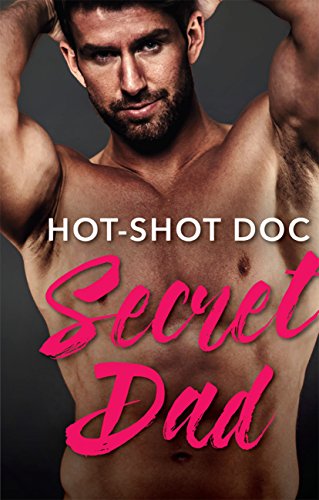 Julie Sterling hadn’t wanted to return to her hometown. She hasn’t lived there since leaving thirteen years before, heart broken and pregnant. When she loses her parents in an accident she has no choice but to go back where it all began, and try to raise and protect her son.

Trevor still remembers Julie from that summer night all those years ago. The nurse and the doctor have changed a lot from their younger selves but even after all this time they’re drawn to each other. When Julie reveals to Trevor the true consequence of that night was a son he’d never known it’s the second time she’s taking a risk with the handsome cowboy.

And maybe this time their story can have a happy ending…

Life has a way of sometimes putting two hearts exactly where they belong in this sexy-sweet single dad second-chance romance. 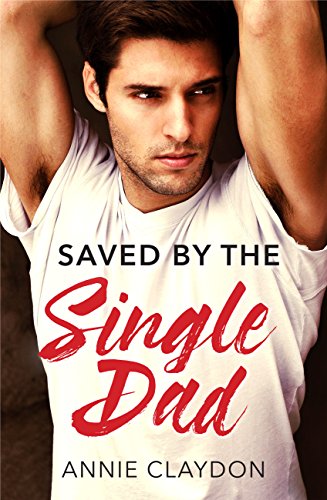 It’s just crisis bonding. That’s what Cass tells herself. It’s just stress and exhaustion from the floods and long nights.

She’s not falling for the gorgeous paramedic she rescued near the river. She’s not thinking about what his skin would feel like under her hands as she patches him up with the first aid kit. She’s not listening to him showering in the next stall.
She’s definitely not thinking about how when she’s around him and his young daughter Ellie she feels like she can finally let herself have the family and love she’d tried so hard to make, and lost. They both think anything they could have would only be temporary— intense and fast.

But when her house is flooded and Jack— and adorable Ellie— invite her to share their house, Cass begins to feel like she wants to stay… 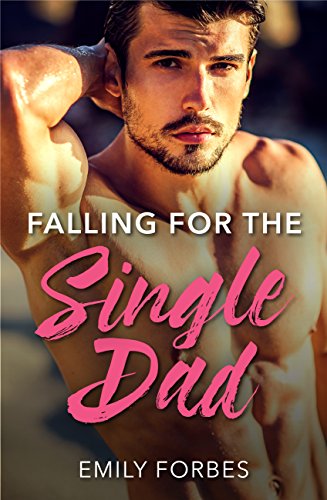 Abi isn’t really one for believing in ‘happily ever afters’. The combination of spending two years working in Afghanistan as a reconstructive and plastic surgeon, and post-traumatic stress disorder tends to do that to a person. When she takes a job at a high-end plastic surgery clinic in Hollywood, all she’s thinking about is rebuilding herself and healing. There’s no room in her life for anything but surviving. Exceedingly hot or not, Damien would only be an unnecessary complication.
Especially since he’s a single Dad.

Abi resolves to keep her distance. Unfortunately this might be little difficult since he’s her boss and neighbour…

Published by Love is the best Medicine

View all posts by Love is the best Medicine