Ten years ago, before my Harlequin days, I planned to write a young adult novel set in Nashville, Tennessee. Being a British citizen who’d never even been to Music City, it seemed the logical thing to do, to book an Airbnb, start chatting with cowboys on dating sites, get on a plane, and move there for three months.

Somehow, amongst the boot-scooting, whisky-shooting and country music, I wrote the book. Not only were my descriptions of Nashville that much much more realistic and colourful, I wound up moving in with a guitar-playing Icelandic/American man whom I almost married.

I said almost. I quickly realised that sometimes you need to know when to end a chapter – so to speak – and move on. We’re still great friends, the book’s still on Amazon, but more importantly, I had a real romantic adventure in the name of research. And it spurred me on to base more novels in the far-and-wide and wonderful places I’ve already been. Well, they do say, write what you know.

These days I’m pretty settled with my man in The Netherlands, even though sadly he doesn’t wear a Stetson to the supermarket like my ex. (You can’t have everything you want in one man, unless you’re a Harlequin heroine, I suppose). I moved to Amsterdam in 2016, which was also the year I became a Harlequin author. I always meant to base a Harlequin Medical Romance here, but I guess it took being stuck in a pandemic to make me do it… er, thanks, COVID?

June 2021’s new release, FLING WITH THE CHILDREN’S HEART DOCTOR is a reflection of the city I now call home, plus a rich surgeon with a luxury houseboat and windmill. Get ready for passionate Dutch lovin’ outside – and maybe a little inside – of the children’s hospital! 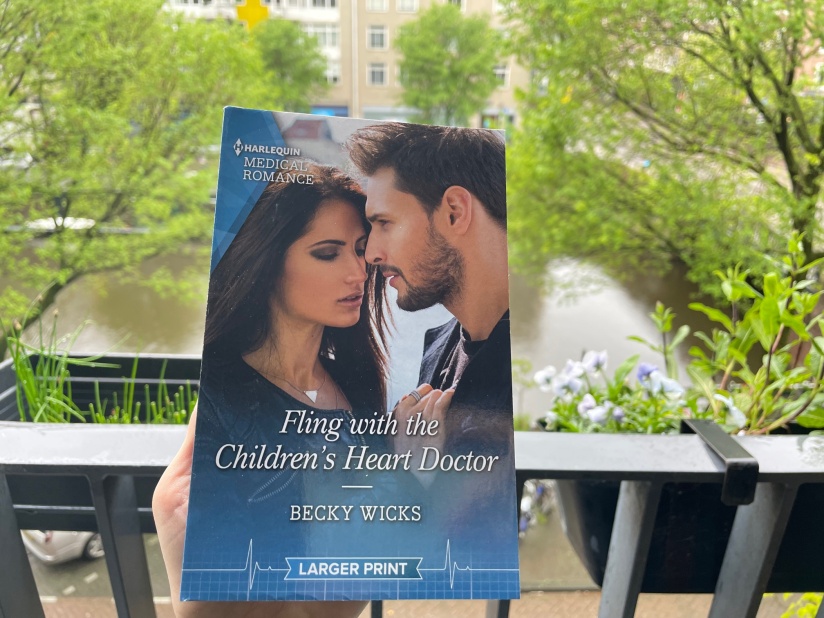 Getting ditched by a dive guy in Bali

It was a summer romance that went awry, the time I got involved with my scuba diving instructor on Gili Trawangan, just off the coast of Bali. In reality, it wasn’t exactly a torrid above-water affair, but it was enough to get the imagination going – how could I set a romance novel on a small island renowned for big gossip, preferably one with a happier ending?

Look for the scuba diving hero who also happens to be a celebrity plastic surgeon, plus palm trees, coral reefs and HOT disasters based on island reality in my Harlequin Medical Romance, ENTICED BY HER ISLAND BILLIONAIRE.

Mating tarantulas, harrowing thunderstorms and sandflies don’t sound like the sexiest base for a romance novel, but back when I spent nine months travelling South America, I fell in love with the Amazon rainforest itself. I spent hours romanticising situations and mentally embellishing relations with a hot jungle guide. When it came to writing my very first Harlequin Romance – TEMPTED BY HER HOT-SHOT DOC, there were plenty of elements of truth scattered amongst the medical madness. Expect snakes (of all kinds?), hot and heavy adventures in tents, and a reality TV star wary of fame in the face of a journalist/ex-nurse who won’t stop questioning him about his mysterious past.

Hopefully there will be more adventures to come, both in person and in the pages of my Harlequin Medical Romance stories! I really hope you’ll come with me. Meanwhile, don’t forget to visit me in Amsterdam via June’s new release – FLING WITH THE CHILDREN’S HEART DOCTOR!

Thanks for travelling with me,