Which one of us isn’t looking for a little bit of an escape, right now?  Perhaps you can tell what was on my mind when I wrote this book – some sunshine, a blue sea and the feel of a warm breeze 🙂 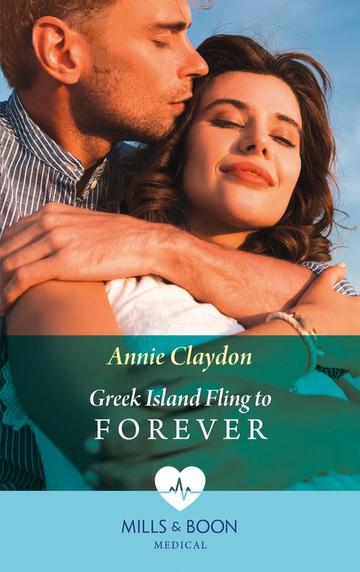 The day that had changed her life had been bright and clear, bathed in sunshine, and every detail was still sharp in Arianna’s dreams. She was six years old and had insisted on wearing her new white broderie anglaise dress for the journey to the Petrakis family’s holiday home on the tiny Greek island of Ilaria.

Her father had frowned when he heard the news that their own launch was out of action, and her mother had smiled as if it was of no consequence and said they’d take the ferry. It had been a new experience for Arianna and her older brother Xander, waiting with the jostling crowd of other passengers to board, and then finding a place on deck where her mother could sit.

Even her father had loosened up a bit, opening the collar of his shirt and gesturing to their bodyguard to take a family photograph. Then he’d acceded to Xander’s excited demands and agreed to take him on a tour of this large, exciting craft. Xander had turned, waving to her as they’d walked away.

Her mother had been wearing a wide-brimmed hat and a red and white fitted sundress, so different from the faded colours she wore now. She’d perched on a slatted wooden bench and started to talk to the other mothers, telling Arianna that she could go and play if she wanted, as long as she stayed close.

The ferry had slowly manoeuvred out of the busy dock, speeding up a little as it entered the blue waters of the Mediterranean. Arianna had wished they could take this route every time, and when Ilaria had begun to loom on the horizon she’d wanted the island to stay away for a while longer, so that they could spend a little more time on the ferry.

Then… Then a juddering, crashing sound. The world tipped suddenly and she fell, grazing her knees on the wooden deck. She heard her mother screaming her name, but she was sliding, falling. Somehow, the water seemed to rear up and grab her, pulling her down.

She couldn’t breathe… And then something…someone…was there. Grabbing her flailing arms and holding her tight. Their heads broke the surface, and muffled sounds turned into a chaos of shouting and screaming. She could breathe enough to choke and cry, and when she opened her eyes, blinking against the sting of the salt, she saw an older boy with a shock of blond hair, wet and plastered around his face.

He said something to her, but she didn’t understand the words. She understood safety, though, and when he wound her arms around his neck she hung on tight. They bobbed together in the water, and then the boy started to swim, labouring hard while Arianna clung onto his back.

She didn’t dare look behind her. Maybe if she had, she would have caught one last glimpse of Xander. But ahead there were small boats, leaving the tiny port of Ilaria and making their way towards them.

Arianna was sobbing now, and the boy stopped swimming. More words that she didn’t understand, but which made her feel safe again. The water was pulling them back, towards the sinking ferry, and he began to strike out again, towards the rescue boats. She closed her eyes, reciting the prayer that her mother always said with her before she lay down to sleep.

Then she felt strong hands around her and she was lifted out of the water. One of the boats had reached them, and the boy had pushed her up into the arms of its occupants. A man held her tight as she reached back for the boy, but a wave carried him away. She started to scream and cry as his blond head disappeared amongst the waves and the scattered mass of people in the sea.

And then… The memories lost their clarity. She remembered her mother crying and her father hugging her until she could hardly breathe, when they found her, wrapped in a blanket and sitting amongst a group of survivors in the taverna, which had opened its doors to provide shelter and warm drinks. And she remembered her father, kissing her mother and running back down to the boats that were ferrying people back to the shore.

He’d been gone a long time, but her mother had refused to move, holding Arianna tight as they both shivered in the warm breeze. When he finally had returned, he was alone. Her mother had taken one look at his face and screamed in anguish…

Arianna sat bolt upright in her bed, feeling the cold sweat beading her forehead. Returning to Ilaria, to establish a medical practice here, had left little time for anything other than work. Now that the pressure was off during the day her dreams at night had become more frequent and much more vivid. Breathing deeply to steady her racing heart, Arianna told herself it wasn’t necessarily a bad thing and that perhaps she needed to get the trauma of that day, twenty-five years ago, out of her system. And it was one more precious chance to see Xander again, along with the blond-haired boy who had carried her to safety and then disappeared amongst the waves.

The boy hadn’t drowned. Later, when she was older, she’d traced everyone who had died that day and there was no one matching his description on the list. He’d just disappeared in the melee of survivors. He was out there somewhere, grown up now, and Arianna wondered if he ever thought of her.

It was a bright, warm day. Ben Marsh stepped off the ferry, pulling the map of Ilaria’s harbour town from his pocket and looking around to get his bearings.

He’d wondered if he might remember this place when he saw it; he’d thought about it often enough over the years. But he didn’t. There was nothing familiar about the ferry terminus, but it was a new building, obviously constructed since he’d last been here, twenty-five years ago. Ben made a beeline for the tourist information booth and a smiling woman welcomed him to the island and marked the position of the health centre on his map for him.

He walked to the main harbour, stopping to scan the small boats moored there. None of them were familiar either, although in truth he’d been too intent on scanning the horizon to look for other survivors to remember much about the craft whose crew had finally pulled him out of the sea. And the people? The frightened little girl who had clung to his back as he’d swum away from the sinking ferry would be beyond recognition now. She could be any one of the young women who passed him in the street, and Ben told himself that searching their faces for any shred of recognition was a waste of time.

But he knew her name. Arianna Petrakis. It had been six months since he’d stumbled on an old newspaper account that had answered the questions he’d wondered about for so long, and since then the name had seemed to resound in his head.

Icy fingers skittered from his neck, down his spine, and he shivered in the sunshine. What if she didn’t want to see him? The answer to that was easy; he’d take the next ferry off the island and go. What if she did want to see him? How could he explain that the day the ferry had sunk had shaped his life? Could he even begin to say that now he had the strangest feeling that he needed Arianna to rescue him?

Ben shook off the questions, knowing he had no answer to them. Jumping into the water to save Arianna had been the first defining moment of change in his life. The second had been crushingly different, he’d made a solemn vow to love and cherish, and then not been there when his wife had needed him. Emma was gone now, and Ben couldn’t turn back the clock and save her.

But he hadn’t thought twice when he’d seen the little girl in the white dress sliding across the deck of the ferry and falling into the water. He’d jumped. And now he needed to do that again, to just follow his instincts and jump.